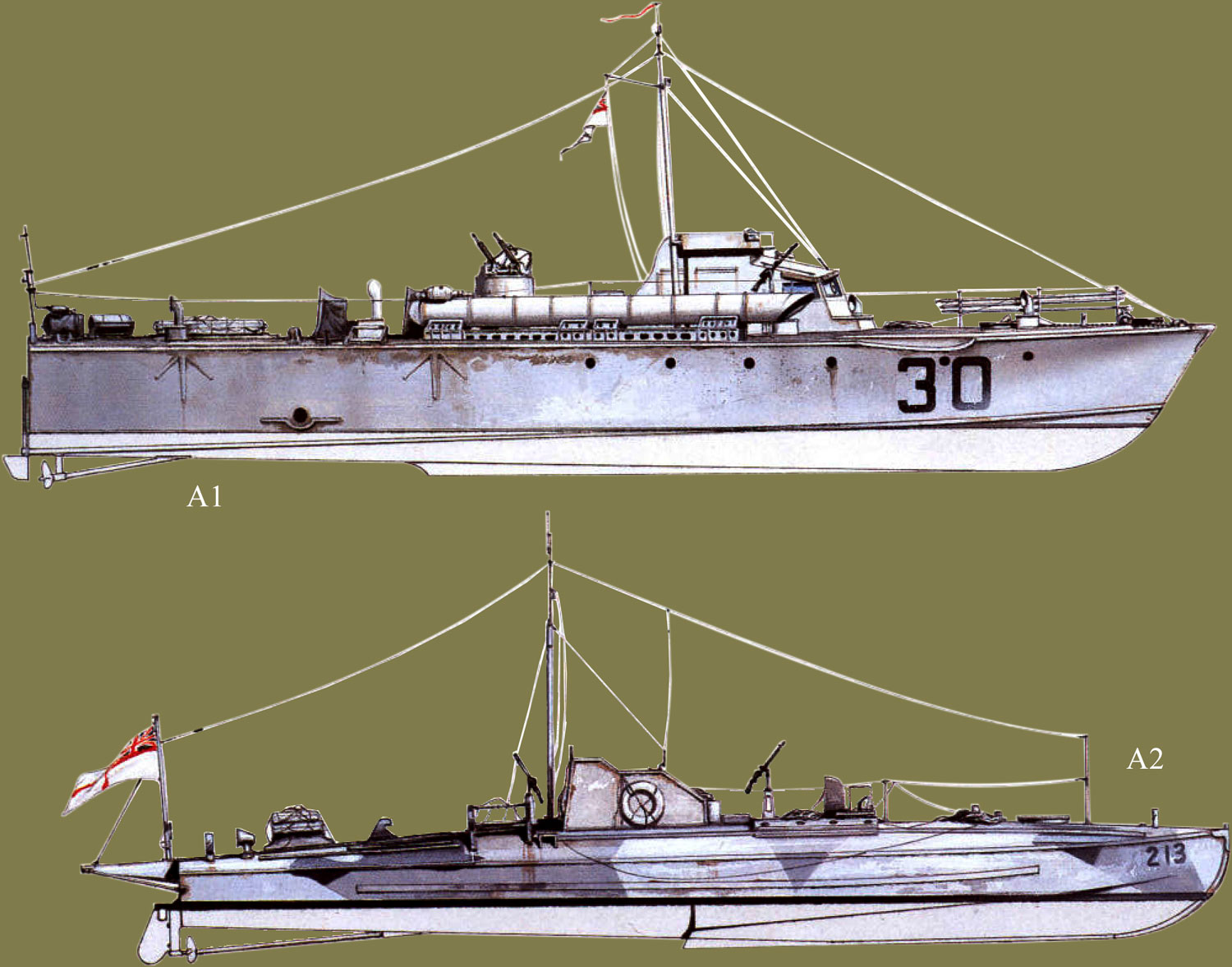 One of the three 70-foot Vosper boats ordered in September 1938, MTB 30 was built at the Camper & Nicholson Yard at Gosport and delivered to the Royal Navy in June 1939. This became the standard design for British MTBs of the early part of the war, as 61 of the type were built. It was armed with two 21-inch torpedo tubes and a twin .5-inch Vickers machine gun in a turret behind the bridge, although frequently single and double .303-inch Lewis guns were added to the armament when available. Powered by three Isotta-Fraschini 1,200hp engines, it could attain speeds of up to 42 knots at 2,400rpm. MTB 30 was lost after striking a mine in the North Sea on 18 December 1942.

A pre-war Thornycroft 55-foot design, these Coastal Motor Boats (CMBs) were based on the 40-foot CMBs used by the Royal Navy during the First World War. Although MTB 213 was built as a speculative venture by Thornycroft during 1940, nine of the 12 vessels of its type were being built for foreign navies when the war began, and were duly pressed into British service. The 55-foot Thornycroft was a relatively poor design, built to drop two 18-inch torpedoes astern of the boat during an attack. Machine gun armament of these boats varied, but MTB 213 used the standard fit of two twin .303-inch Lewis guns mounted forward and aft of the bridge. MTB 213 was sunk by German aircraft in Suda Bay in Crete on 23 May 1941. 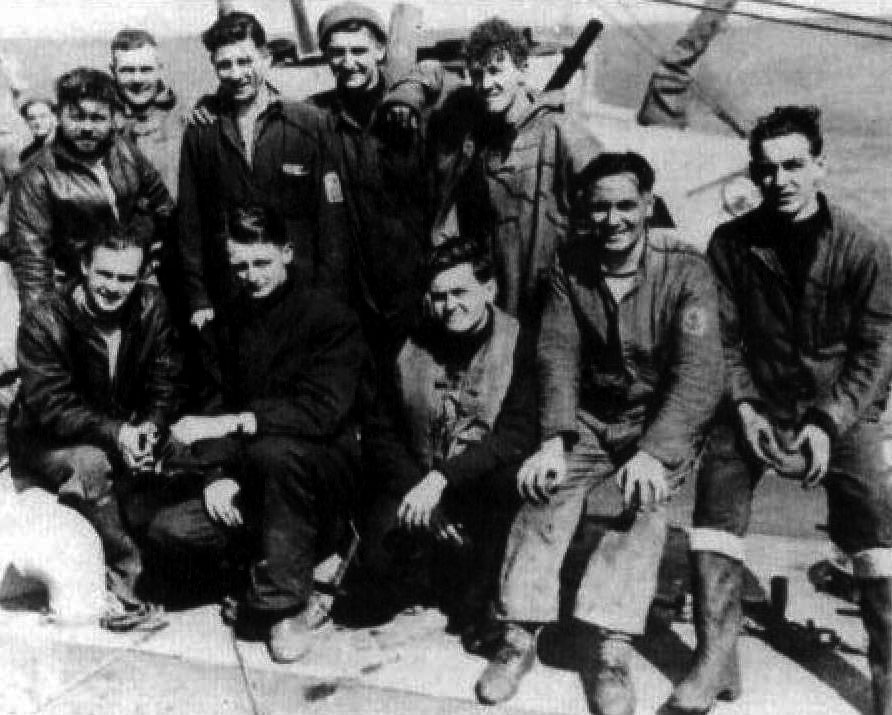 The crew of MTB 31, a 70-foot Vosper boat, photographed after sinking a German merchant ship off the Dutch coast in November 1940. The commander, Lt. Denis Jermain RN, is second from the left in the front row. (Private collection, Museum of Naval Firepower, Gosport) 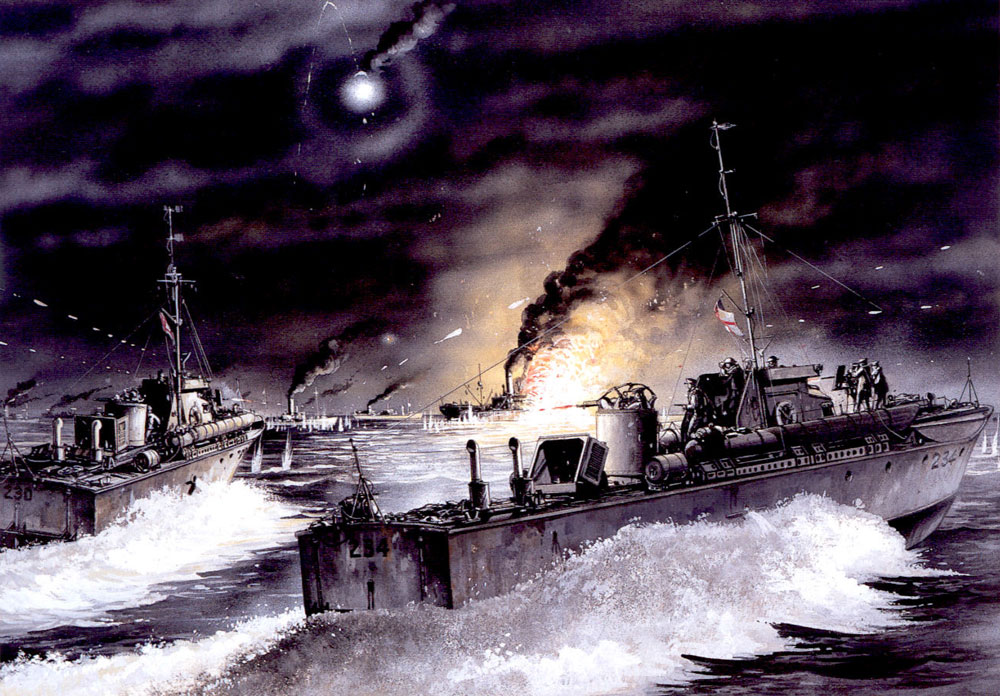 B: ATTACK ON A GERMAN CONVOY, SEPTEMBER 1942

It took time to perfect Motor Torpedo Boat tactics after the Germans began running coastal convoys through the English Channel in the summer of 1940. The first attack against a German coastal convoy was made in September 1940, but problems of radar and radio interception methods meant that encounters were rare. It took a year for the problems to be overcome, and from September 1941 the MTB flotillas were able to maintain a steady pressure on German coastal shipping. Tactics were also refined, and it was found that an approach under full power was tantamount to suicide, as every German gunner for miles could hear the boat's approach, instead it was common to wait in the darkness under secondary (silent) engines, then when the target vessel was within sight the boat would crash-start its main engines. The torpedo attack would be launched at close range, and the boats would then circle round and escape at high speed in the confusion.

This plate shows just such an attack, conducted by 72-foot 6-inch Vosper boats of the 21st MTB Flotilla off the Dutch Texel estuary in September 1942. The squadron commander, Lt. P.G. Dickens RN, became an expert in MTB tactics. His boat (MTB 234) and his consort (MTB 230, Lt. J.P. Perkins RNVR commanding) have just fired their torpedoes at German merchant shipping, and are in the process of turning away and racing for their covering force, a group of three MGBs located a few miles seaward. The MTBs sank one merchantman and damaged an armed trawler during this attack.