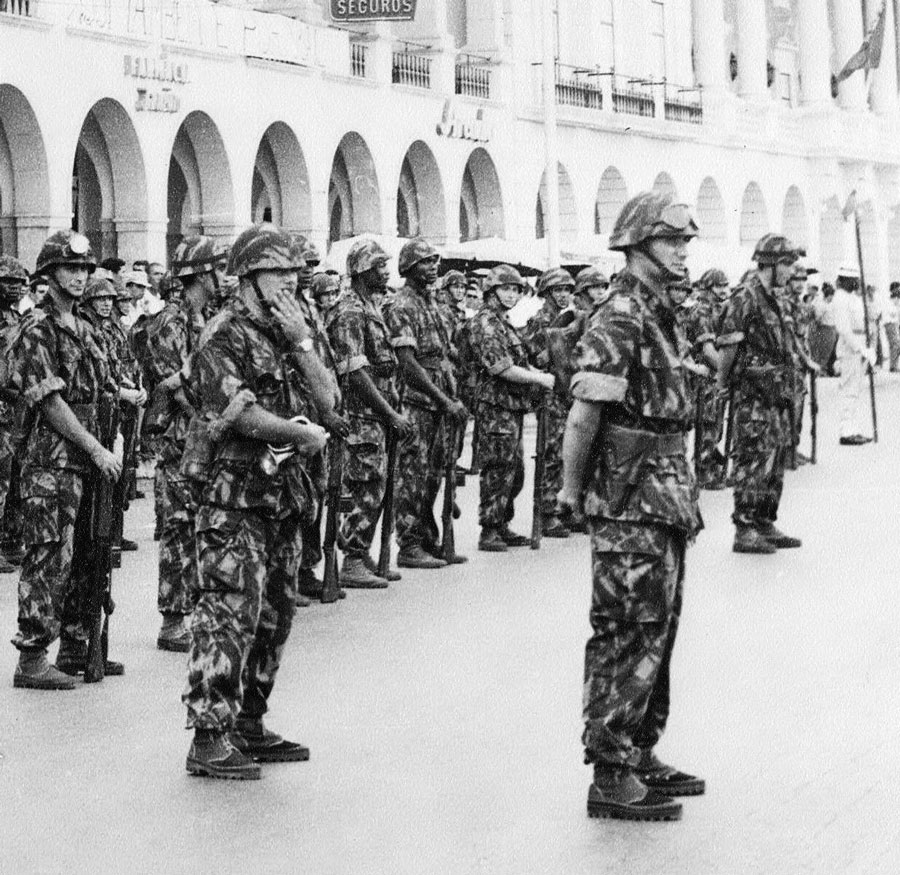 The Portuguese army light canvas-and-rubber M/964 boots for hot climate were introduced in the year 1964 and issued to the army and marines during the colonial wars in Africa. According to the reports, these boots are still issued to the Portuguese marines. 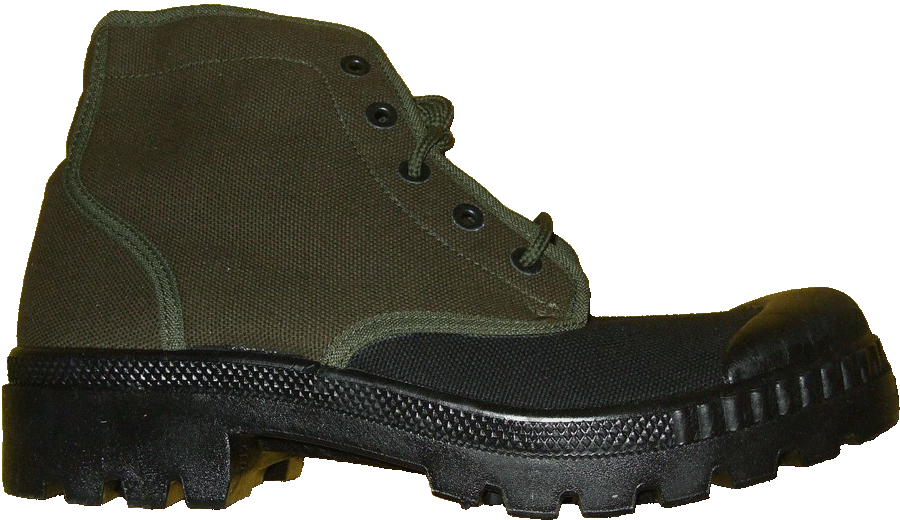 Prior to their own Colonial War the Portuguese military had studied conflicts such as the First Indochina War, the Algerian War and the Malayan Emergency. Based on their analysis of operations in those theatres and considering their own situation in Africa, the Portuguese military took the unusual decision to restructure their entire armed forces, from top to bottom, for counterinsurgency. This transformation did, however, take seven years to complete and only took its final form in 1968. By 1974, the counterinsurgency efforts were successful in the Portuguese territories of Angola and Mozambique, but in Portuguese Guinea the local guerrillas were making progress. 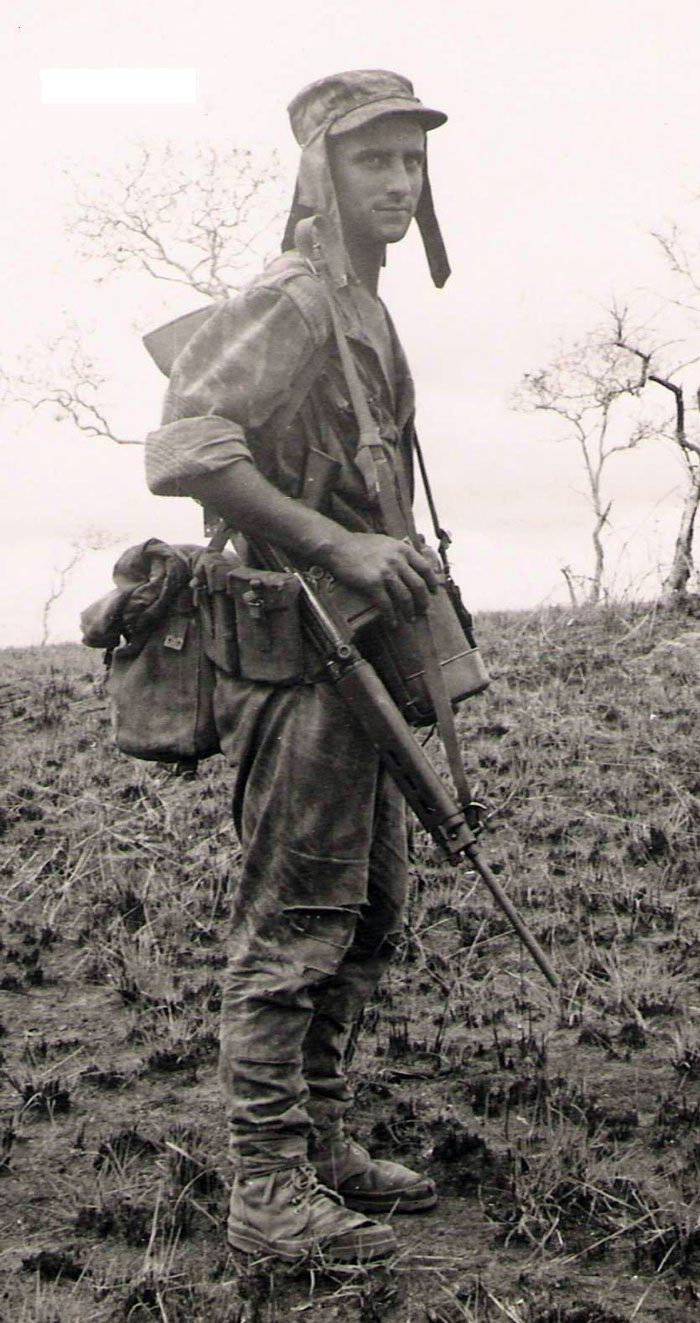 When conflict erupted in 1961, Portuguese forces were badly equipped to cope with the demands of a counter-insurgency conflict. It was standard procedure, up to that point, to send the oldest and most obsolete material to the colonies. Portugal purchased arms and military equipment from France, West Germany, South Africa, and to a lesser extent, from Belgium, Israel and the US.

In general, after the WW2 the designers of the Portuguese military uniform were under a certain influence of the French combat uniform design, especially it concerns the camouflage patterns (vertical "lizard", for example) and the footwear.

By 1960s France got excessive experience during its own colonial wars, so the French uniform and footwear was fitting the demands of war in Africa in the best way.

The design of these M/964 canvas boots was obviously influenced by the French military "Pataugas" boots, made of canvas and rubber. 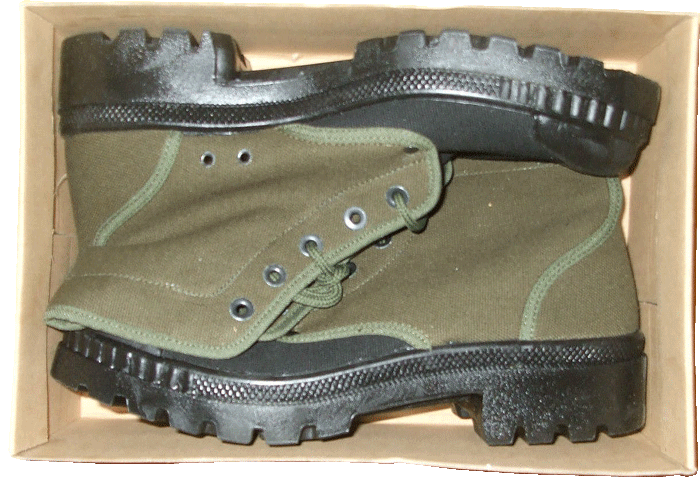 The French originals had plenty of peculiarities: they were low (with laces only) and high (with sewn-on cuffs ("guètron") and straps, that fastened on double buckles), there were many tread patterns and small features.

The Portuguese M/964 tropical canvas boots are more or less the same, there were small differences in laces (green of black in color and made of cotton or nylon). 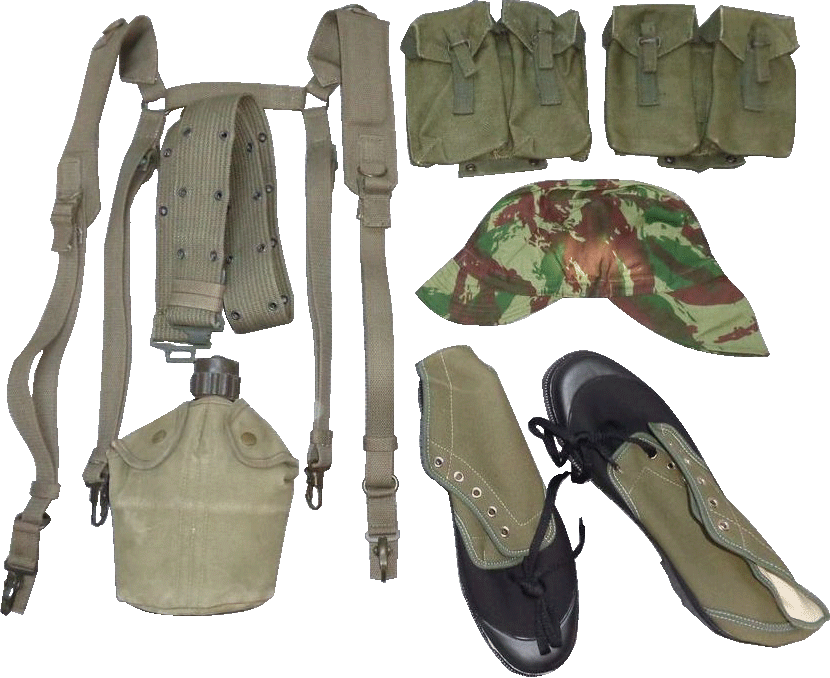 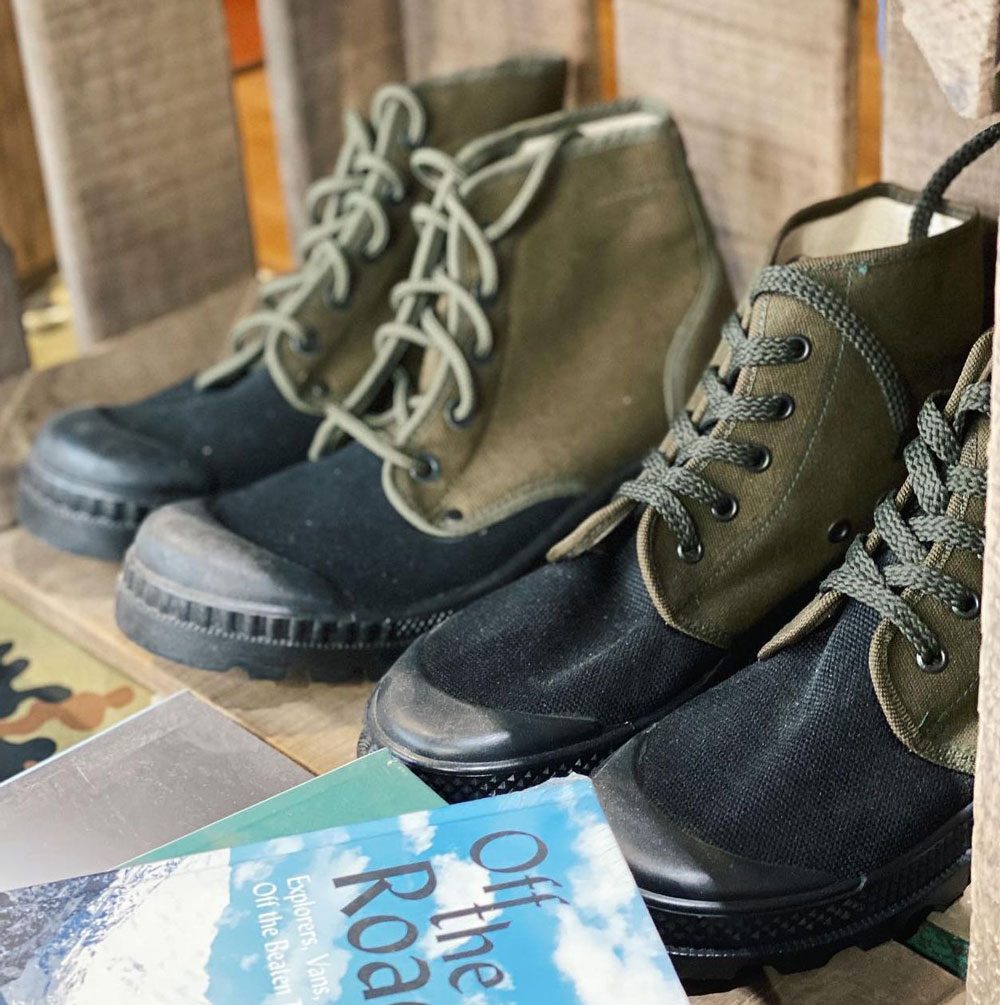 The Portuguese soldiers themselves used to call these canvas boots simply - the "Pataugas" boots.

The most characteristic feature of these canvas boots is double color: the toe (front part) was black, while the counter (the heel) and the rest of the boot’s top were olive green. 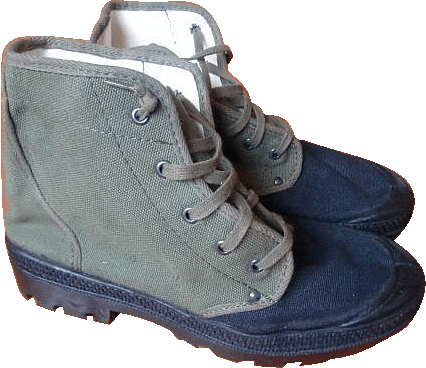 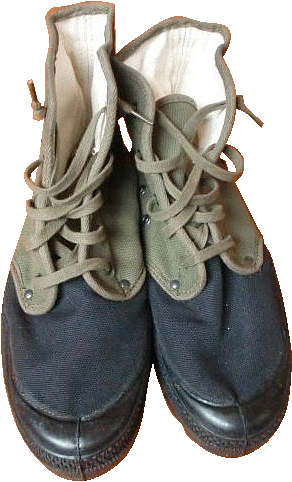 The out-soles of these boots were made of solid black vulcanized dense rubber of medium hardness, the out-sole tread pattern was simple but efficient. 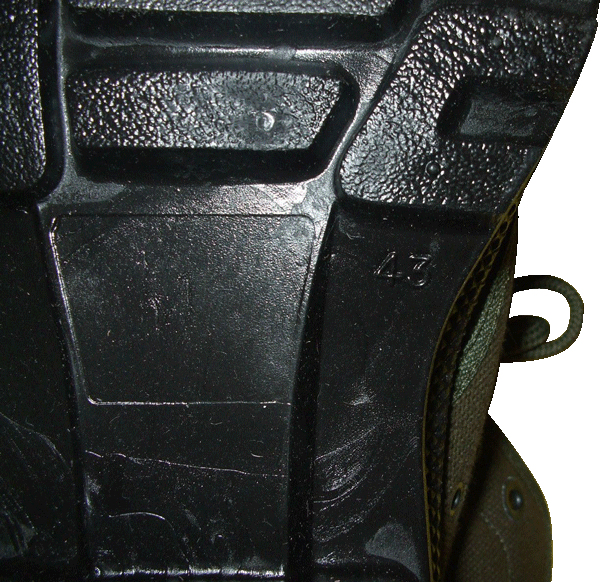 The lacing system is provided by five pairs of simple round eyelets, made of stainless steel. The tongue is not sewn to the top of the boot by side stitches. On the one hand it provides better ventilation, but on the other hand it allows penetration of moisture and small pebbles inside the canvas boots. 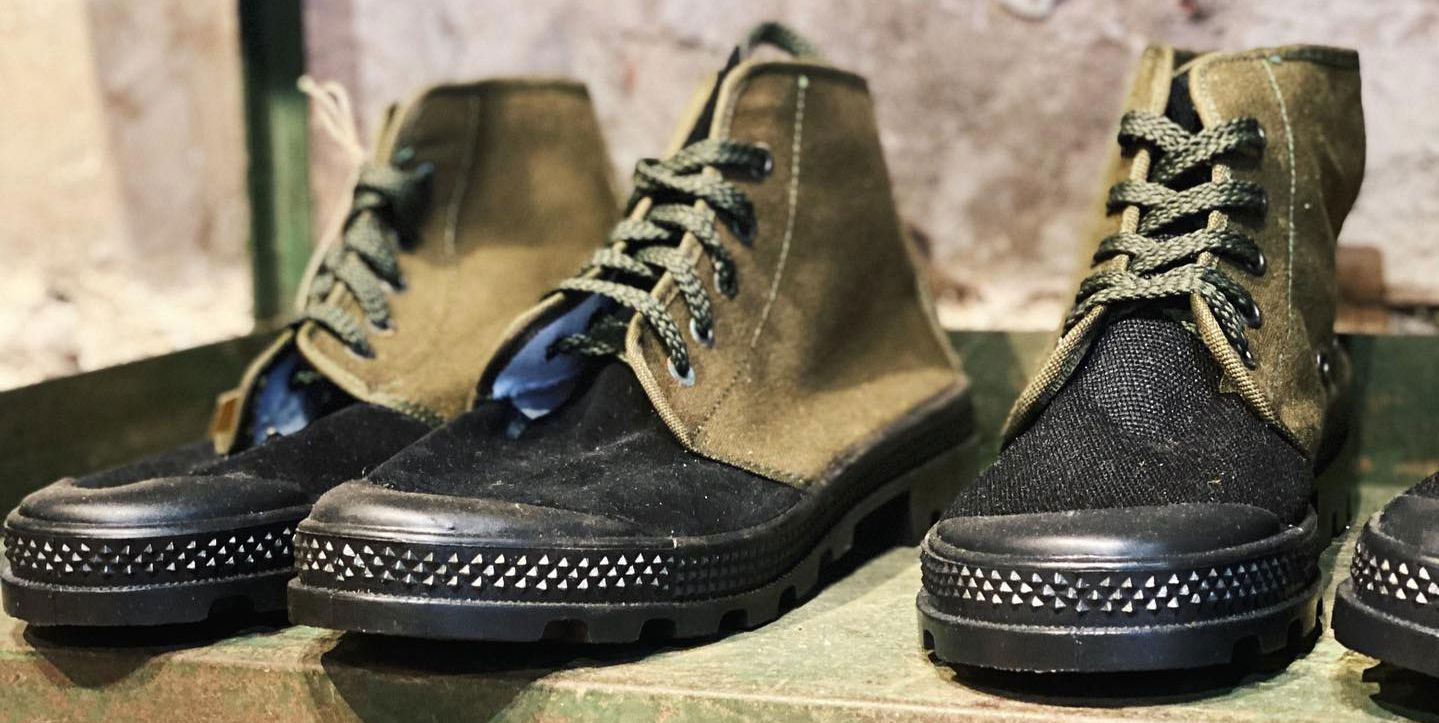 These boots also featured built-in double round eyelets at the inside shank of each boot. Similarly to the US Army jungle boots hese small round drainage eyelets were intended to allow water to drain out and to permit air to reach the feet inside the boots. 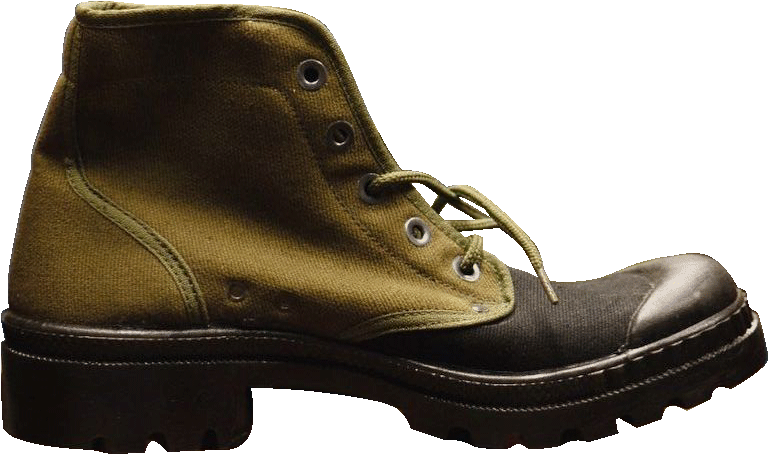 These boots are made definitely for hot climate, mainly arid, but, to some extent, too, they may go well in hot and wet climate as well.

The markings (where the size number is the last two numerals) are indicated inside the boots. 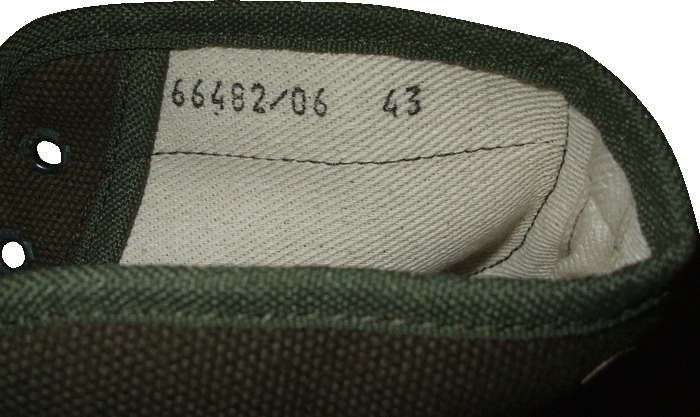 These quite comfortable, durable, and cheap combat boots are incredibly simple and they provide good heat balance and sweat disposal in the most natural manner.

There were some reports, that the Portuguese military used to wear these canvas boots on bare feet, i.e. without the socks, but this is not the best decision for the safety reasons (tropical insects, small stones and debris, rub points)… 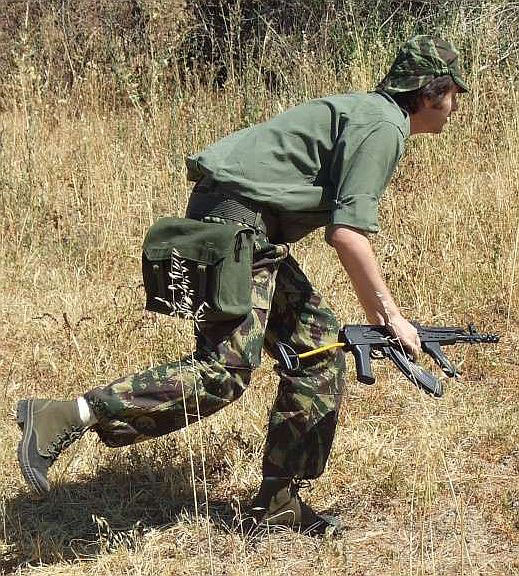 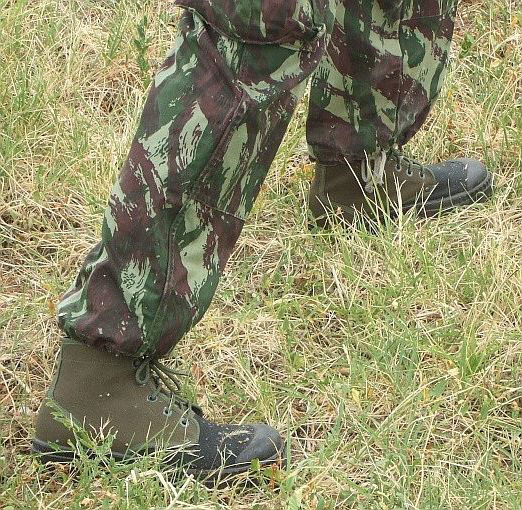 The Portuguese light canvas-and-rubber M/964 boots and uniform were widely used during the Colonial War in Africa from 1961 to 1974, during the Rhodesian Bush War and South African Border War.