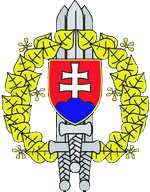 Nowadays, as evidenced by sociological interviews, among all the government institutions it is the Armed Forces of Slovakia which have the greatest respect and trust of the population. 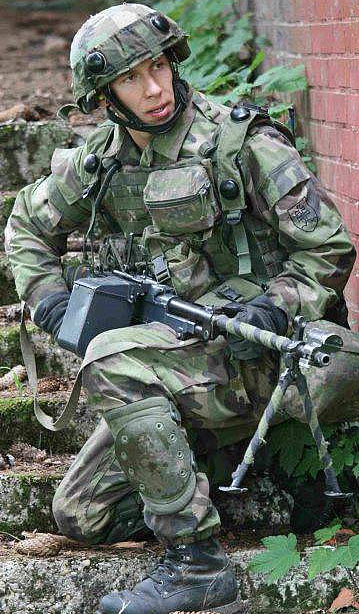 During the second time, the Slovak Republic existed from March 14, 1939 to May 8, 1945 actually as a puppet fascist state, a satellite of the Third Reich.

The Czechs and the Slovaks, in fact, are closely related nations, with very similar languages and religious affiliation (the majority of both nations are Catholics, the minority are Protestants), and up to the tenth century were the single nation, which lived within the state of Great Moravia. After the collapse of this single state the Slovak lands became a part of the Kingdom of Hungary for almost one thousand years, while the Czechs had their own kingdom for the following seven centuries.

A kind of union of these two nations happened again in the times of the Austrian and Austria-Hungarian Empires, although Czechs and Slovaks lived in different administrative regions with different laws management practices. As separate nations, Czechs and Slovaks developed mutually independently.

Czechia was always more industrially developed, even a century ago, when it was under Austrian rule during the times of Austria-Hungarian Empire. Less industrialized Slovakia, ruled by Hungary, was mainly an agricultural country. Of course, these differences were not so serious as, for example, between Sweden and Albania. Moreover, for the years of mutual existence in the unified country throughout the 20th century the difference between the industrial development levels of Czechs and Slovaks was not so obvious.

The support of the Entente by the Czech and Slovakian nationalists during the First World War led to creation of the unified and stable democratic Czechoslovakian state after the collapse of the "Patchwork Empire", i.e. Austria-Hungarian Empire. In those years, the Slovaks (not without reason) believed that there were Czechs who dominated in all areas of the country's life, and such situation never satisfied the Slovaks at all.

It got to the ridiculous things: one can remember at least the so-called "Hyphen War" of the year 1990, when Slovak politicians demanded to write the name of the country with intra-word dash, i.e. "Czecho-Slovakia", while the Czech politicians insisted on maintaining the traditional writing together. The quarrels did not come to the war: as a civilized and polite people, Czechs and Slovaks took a compromise solution, and on March 29, 1990 the official name of the country has become "The Czech and Slovak Federal Republic (CSFR), and the Slovaks could use the variant on spelling with a hyphen, while the Czechs could omit the hyphen, as it used to be in the past. 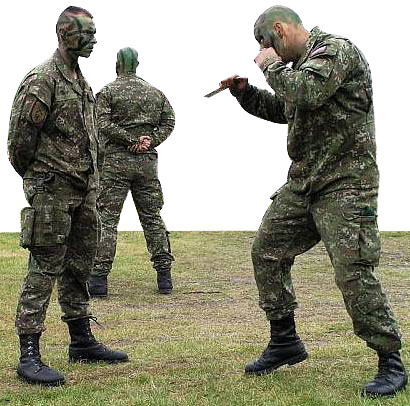 At this all one can not say that the Slovaks were oppressed or somehow discriminated. For example, such communist rulers of the country as Gustav Husak and Alexander Dubcek, as well as the Prime Minister of the pre-war Czechoslovakia Milan Hodza were ethnic Slovaks.

After the adoption of the "Declaration of Sovereignty of Slovakia" by the Slovakian parliament in July 1992 and the resignation of Vaclav Havel, the President of Czechoslovakia, who advocated the preservation of the single united country, these two republics of the former Czechoslovakia headed for independence. On the night from December 31, 1992 to January 1, 1993 the Czech Republic (CR) and the Slovak Republic (SR) were created. 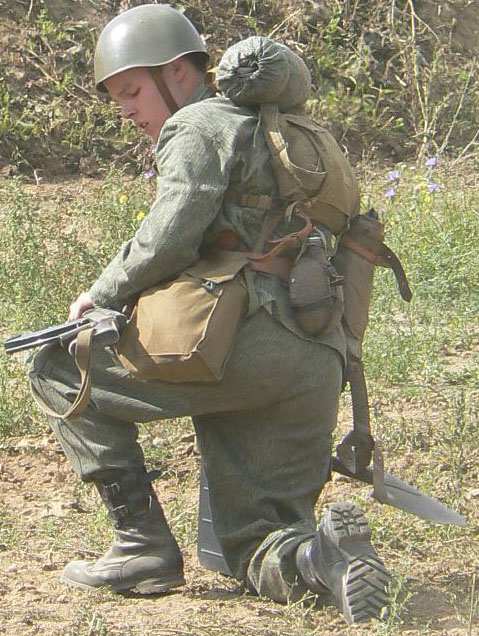 Accordingly, the single Armed Forces of Czechoslovakia were divided into two parts. In 1987, only in the Czechoslovakian Land Forces there served 145,000 people, one hundred thousand of which were conscripts. At the beginning of its existence, in 1993, the Army of the Slovak Republic, had about 53,000 of soldiers, a year later their number was reduced to 47,000. In 2001 the Slovak Republic had about 33 thousand military men and women, while in 2012, after a series of reforms and cuts, the country's Armed Forces numbered 13,360 military and 7011 civilian personnel, having the population of 5.5 million people in Slovakia. From 1 August 2005, the Armed Forces of Slovakia became fully professional.

The Slovak Armed Forces took an active part in the UN and NATO peacekeeping and stabilization missions abroad, starting with the first year of its existence, at first in Croatia, then in Angola, on the Golan Heights, in Kosovo and Metohija, Bosnia and Herzegovina, Cyprus, as well as in Afghanistan and Iraq. 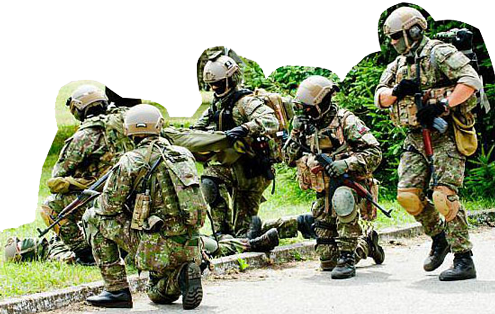 From the military point of view, it was the more industrialized Czech Republic, which has become the "inheritress" of the Czechoslovakia. In particular, the Czech Armed Forces continued to use the traditional labelling of two crossed swords on their military products. Slovakia also makes use of the ideas and material stuff from the Czechoslovakian time, at the same time having returning to the elements of uniforms, insignia and traditions of the Slovak Republic Army of the years 1938-1945. 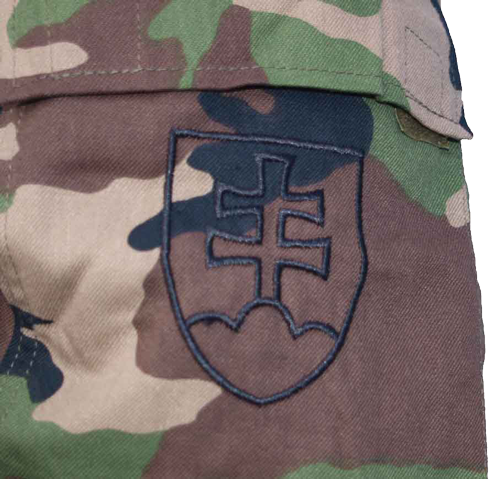 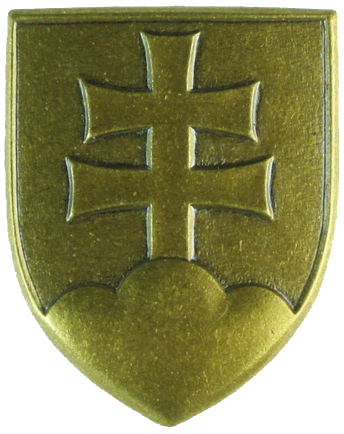 Both the Czech Republic and Slovakia are still using the traditional Obuv vojenská" Kanady vz.60" combat boots of Czechoslovakia model 60 (1960), with buckles: 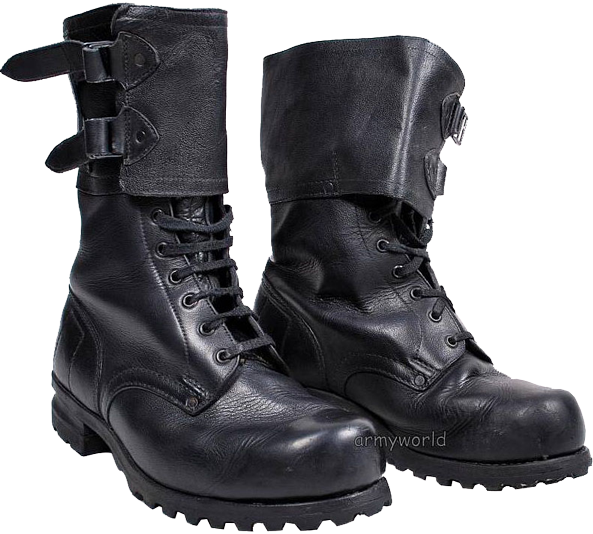 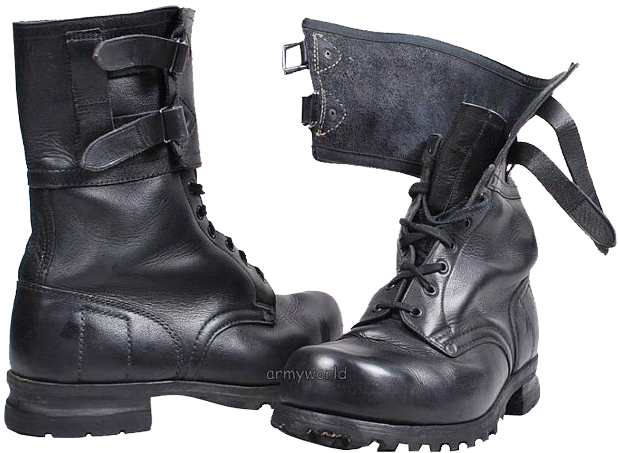 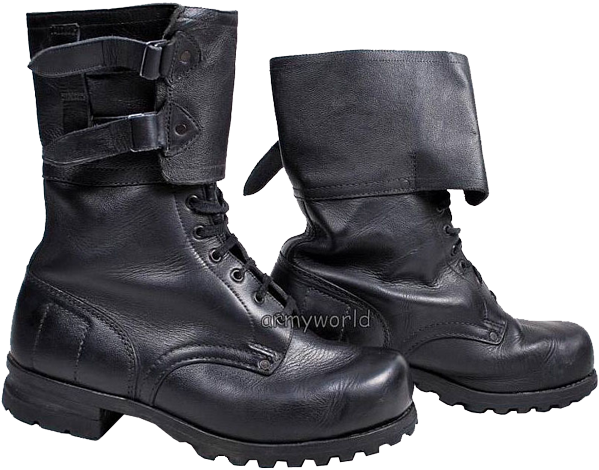 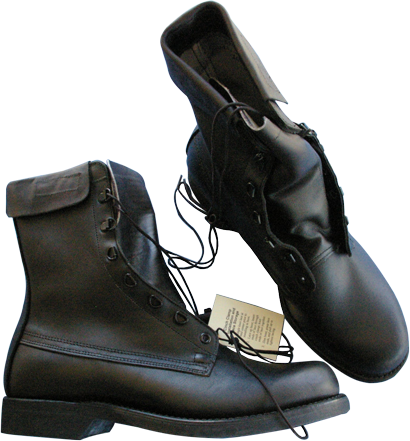 The Slovak version of these Czechoslovakian boots is slightly different from the Czech version, just in such small details as the form of the boot's counter and extra stitching on it, additional rivets in the lower part of the lacing system to reinforce the overall construction. This is really high-quality, sturdy and comfortable boots.

There was also a version of Czechoslovakian M60 army boots of special design, resembling the famous American "Addison-type" flyers and navy boots, characterized with minimum number of seams (repeated later in Dutch M/66 and British military boots), but with reinforced counter. 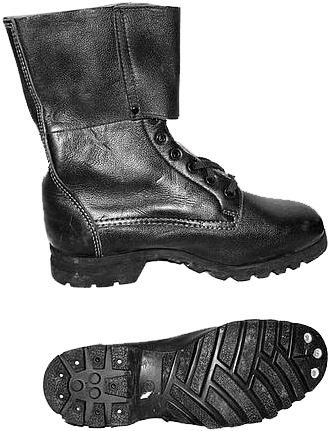 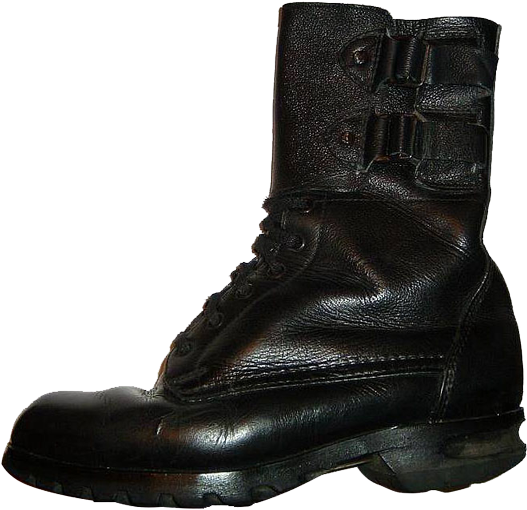 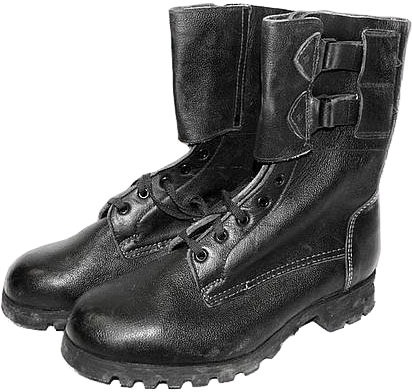 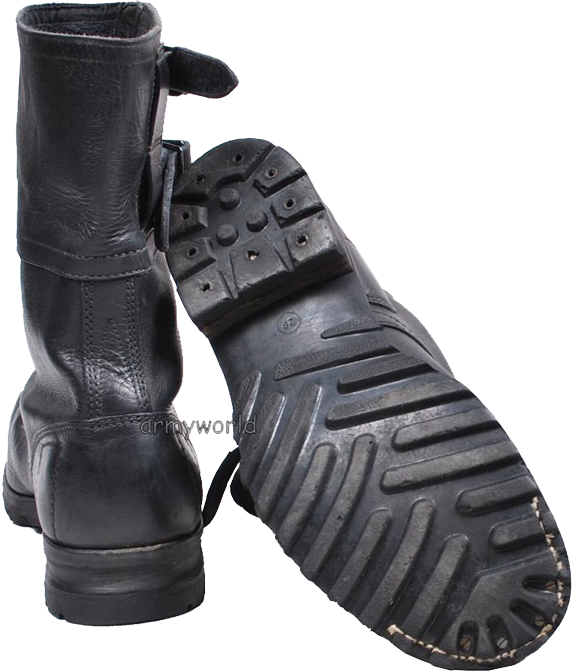 In Slovakia, such boots of the model M60 cost about 55 Euros.

The tread patterns of the out-soles are as follows Czech boots (to the right) and Slovak boot (to the left) are also just the minor modifications of the old Czechoslovak boots.

Since the division of Czechoslovakia had occurred on 1 January 1993, the Slovak army also make use of the boots model M90, developed in the single country in 1990 with 2 versions of the out-soles tread patterns 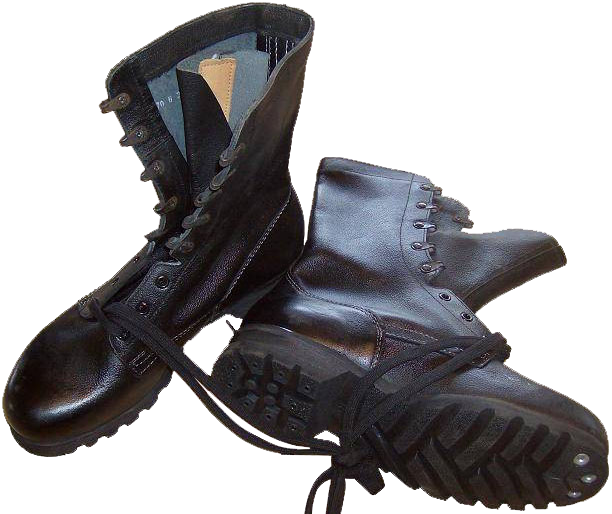 One should mention as well that Slovak military often use the uniforms and boots of the Czech army, especially during the operations overseas. 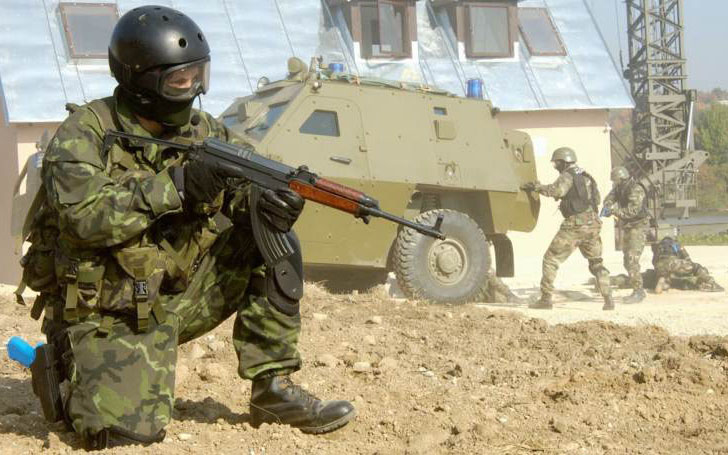 In the second half of 1990s in the Slovak armed forces began transition to M97-type camouflage pattern, created on the basis of the US "woodland" camouflage. 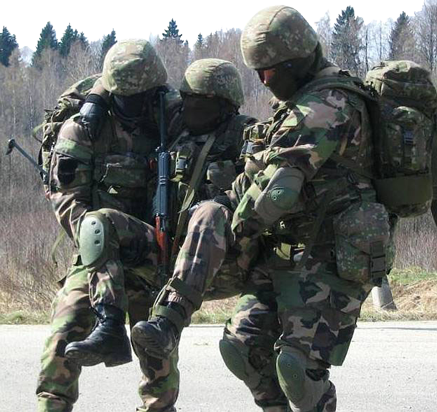 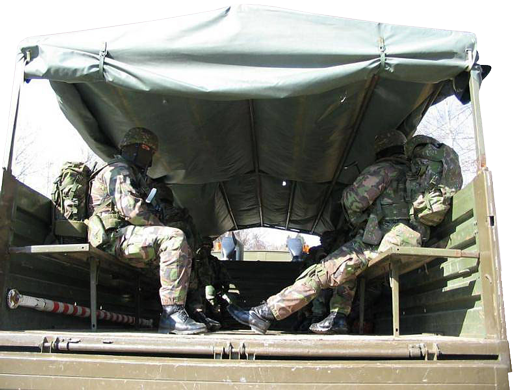 Over the last 7 years the Armed Forces of Slovakia are moving to a new model 2007 uniform (vz. 2007), including a new model army boots and PIBS (Prokrocily Individualny Bojovy System = Advanced Individual Combat System) uniforms, featuring new Slovak pixel camouflage, developed by the Slovakia Military Academy. Before the introduction the uniforms and equipment passed multiple tests throughout three-years, and this new uniform is available in the versions for the desert and temperate climate. 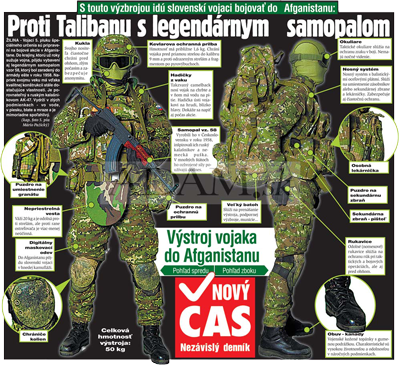 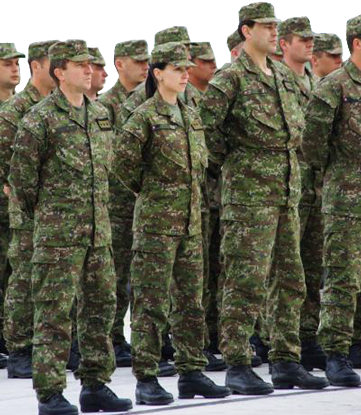 The Slovak military boots model 2007 (Obuv vojenská "Kanady vz.2007") reflect the trends of the 2000s: the tread pattern is exactly the same as on Bundeswehr Modell 2000 and Modell 2005/2007 boots, as well as on the latest models of military boots of Belgium, the Netherlands, Romania, but the out-soles themselves are made of solid vulcanized rubber, oil-gasoline-acid resistant, antistatic, resistant to abrasion and slip, without any foamy-type crap, which tends to crush and crumble. 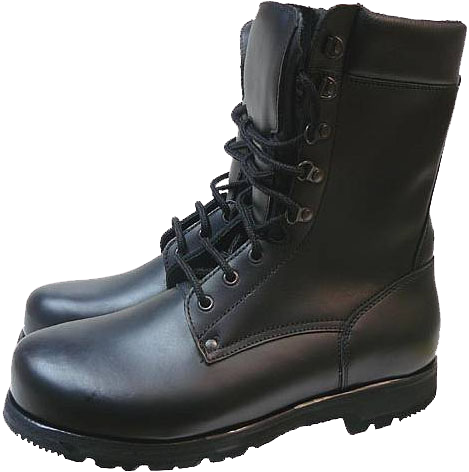 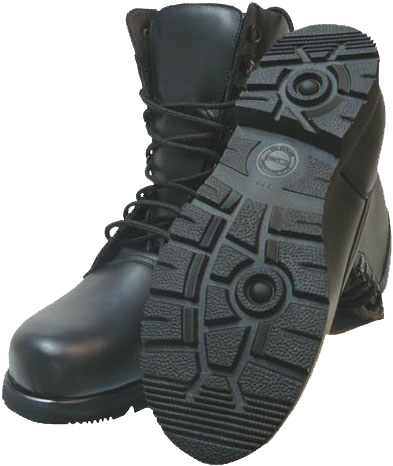 Soft leather padding "cushioning" at the top and inner lining are made of soft "glove"-type leather also remind the latest models of the Dutch and Belgian boots. At the same time, they retain the appearance close to the Czechoslovakian boots of model 1990. The lacing system consists of three pairs of simple round eyelets in the lower part and the "speed-lacing" system of five pairs of "D-shaped" ring at the top of the lacing. 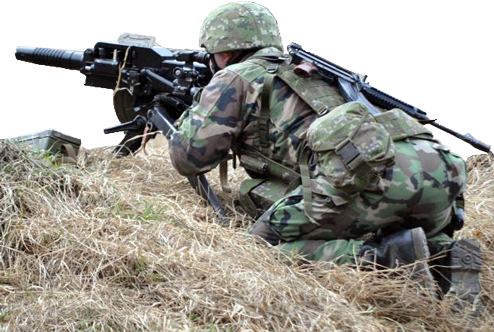 The top of "Kanady vz.2007" boots are made of smooth soft leather with hydrophobic impregnation, the tongue is padded, as in the Dutch boots, the counter is reinforced, and a pair of metal rivets at the bottom of the lacing system is added too. 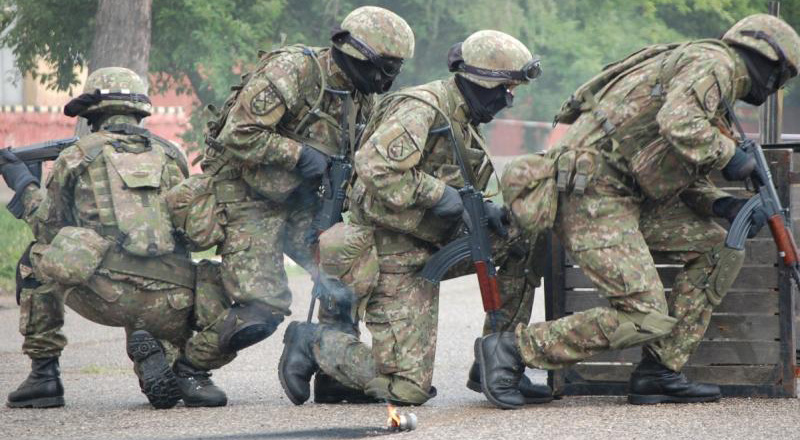 In Slovakia, these boots can be found for purchased 70 Euros. 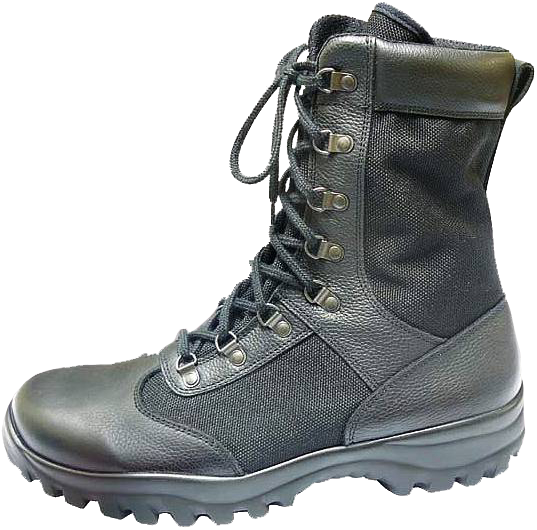 The top of these boots is composite: black grained leather with hydrophobic impregnation of 1.6-2.0 mm thickness is combined with CORDURA 2000 nylon breathable material (and textile lining). The leather parts of the boot's top are: the toe and the counter; the lacing system (consisting of eight pairs of "D-shaped" rings); the reinforcement gussets stitched on the sides and soft padded "collar" on top of the boot.

The insoles are anatomical, antibacterial, washable, 2 mm in thick. The out-sole type is U5193, it is made of thick rubber, antistatic and resistant to oil, acid, slip and abrasion.

These boots are convenient and comfortable, though they are quite stiff, and can be used as work boots. The price of these boots in Slovakia is just about 60 Euros.